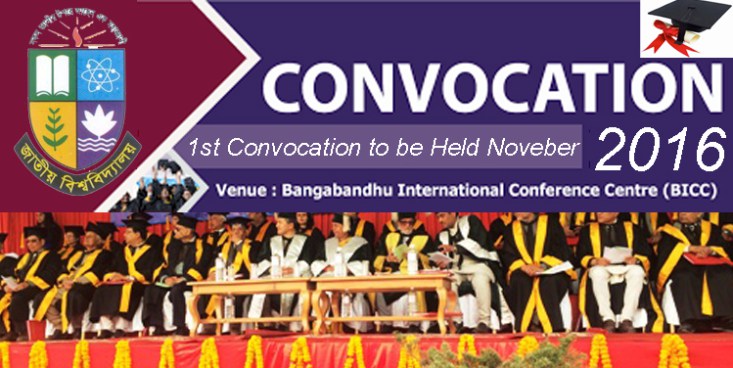 To attend the convocation, one will have to register for National University Alumni.

Exam-wise eligible for registration are as follows:

For registration, go to www.convocation.nu.edu.bd