Students of Chittagong College, Mohsin College, City College, Women College, and some other colleges joined in the protest at 10 am.

Joy Dey of City college, Abdur Rahman of Chittagong College, Kanij Sultana of Women College gave their speeches in the protest among others. They said that NU announced exam date even before their syllabus is half completed. They demanded 1-month delay for the exam so that they can prepare well.

Before today, students of honours 3rd  year started protesting from 3rd January in all division. It has been an ongoing protest since then.

After today’s protest, NU declared new routine for honours 3rd year final exam. According to the new announcement the exam will begin from 3rd February instead of previously declared 20th January.

Thu Jan 7 , 2016
In the fresher’s reception programmed of East-West University, the City Mayor talked about launching a new bus service for students. The mayor of Dhaka North City Corporation Anisul Huq mentioned that there will be standard bus service for the students of Dhaka soon. In order to reduce the use of […] 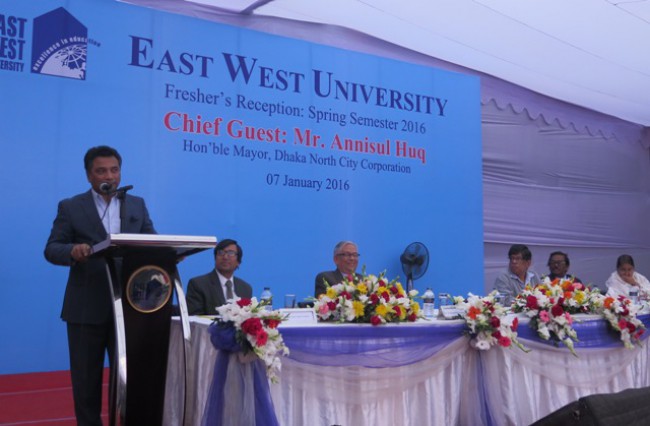